The safety nets for building construction are regulated in Europe by the Standard EN 1263.1 and EN 1263.2, it means there is an Standard but divided in two.

By the way, the Standard EN 1263.2 stablish minimum requirements for its installation according to the net classification by systems.

Regarding to the first part of the Standard the classification of the construction safety nets by mesh and energy as just like as it follows: 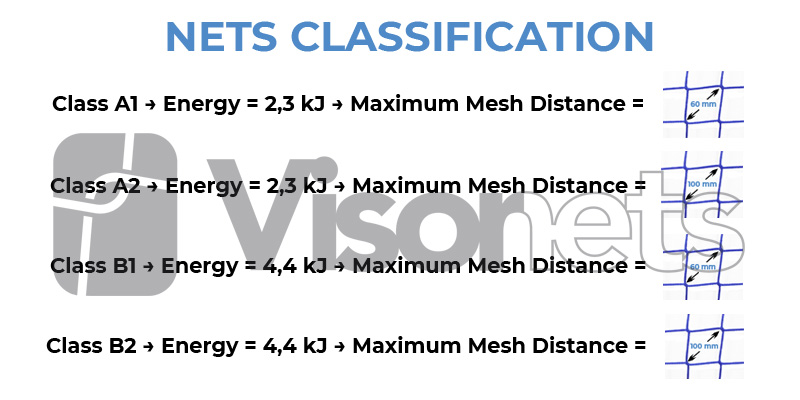 Accordingly the classification of the nets by safety net system is just explained.

On the other hand, regarding to the european standard EN 1263.2, we can appreciate four different types of safety nets systems. They are the following:

This kind of safety prevents falls in horizontal use. 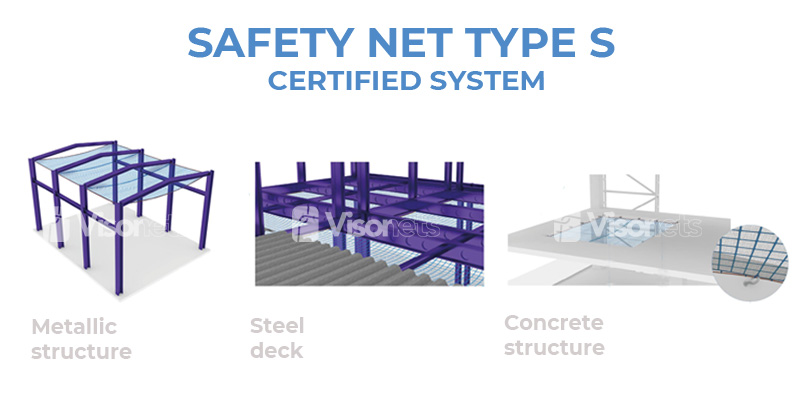 This system minimizes falls from vertical distances. It is most commonly known as catch fan nets or catch nets. 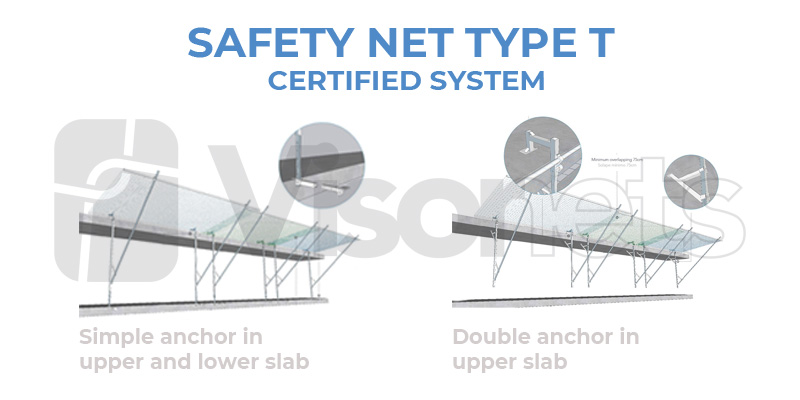 Safety net Type U avoid the falls on the same working level. Moreover, it minimizes the effects in case level angle up to 60º. 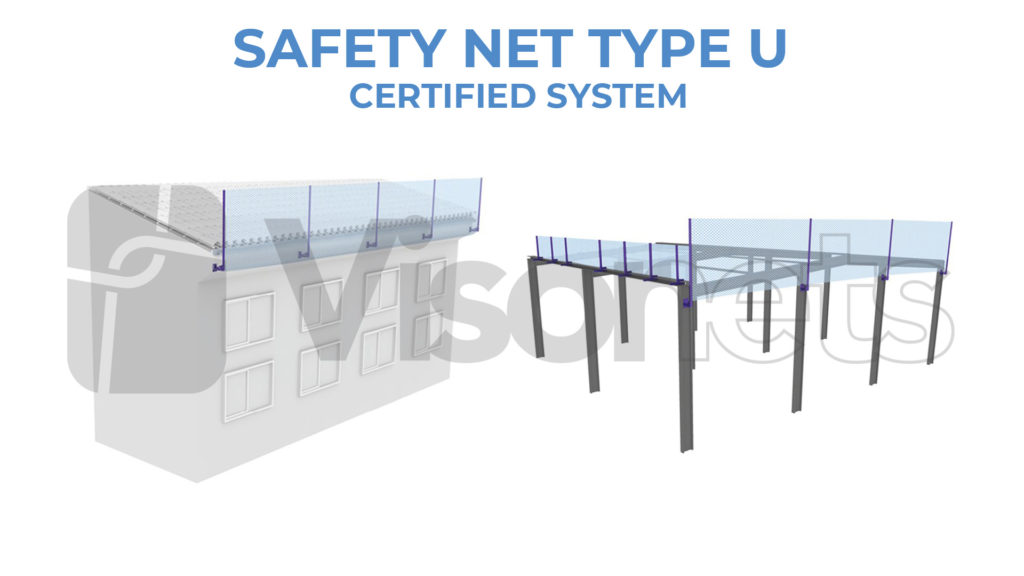 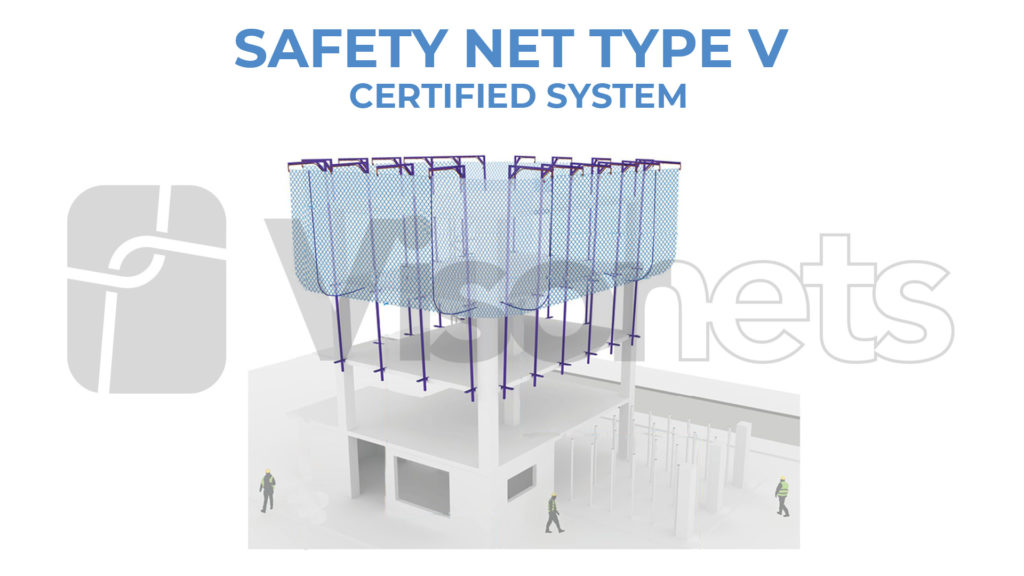